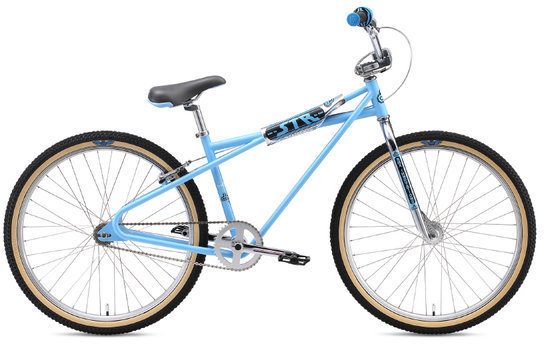 This item is currently not available.

Before the Quadangle, there was the STR-1. This dates back to the late 1970's when Stu Thomsen was SE Racing's National #1 pro and the sport's first superstar. His signature frame at the time was the Stu Thomsen Replica-1. This STR-1 frame had a unique design with both of the double down tubes wrapping underneath the bottom bracket shell and continuing around the Looptail rear end all the way back to the seat tube. Less than ten STR-1's were ever produced, and over the years these frames became almost mythical and the most sought after frames of all time in the vintage BMX world. Fast forward nearly 40 years to today and SE brings you the STR-26. This bike comes with an authentic SE Racing x Stu Thomsen trading card personally signed by Stu.

* Subject to change without notice.